Data for rates of release of 14C and its speciation are sparse. Therefore, in current safety assessments it is often assumed that 14C is released from irradiated metals in a single chemical form at a rate dependent on the corrosion rate of the metal and the inventory of 14C. Similarly, estimates of the rate of release from irradiated graphite may be based on simple assumptions about the proportion of the 14C that is ‘labile’ and on short-term leaching results. CAST will investigate the release of 14C from irradiated steels, irradiated Zircaloys, spent ion exchange resins (IEX) and irradiated graphites. A work package is devoted to each type of material in which fundamental scientific experiments will be performed and conceptual models for 14C release will be developed. CAST will provide a significant advance on the current understanding by obtaining direct experimental data for the rates of release of 14C from these waste components, rather than relying on hypotheses based on assumptions about speciation and distribution and extrapolation from corrosion rate data that may be around the limit of detection. In addition, the speciation of released carbon will be determined and it will be necessary to develop and apply sensitive analytical techniques for 14C in CAST to achieve this. These analyses will, in many cases, be the first direct measurements of speciation for these systems. In addition, the identification, demonstration and application of these techniques will be of interest to partners and the wider scientific community in applications such as waste monitoring and environmental analysis. The impact of the results of CAST on the safety arguments and assessments of geological disposal across a range of concepts will be considered through a specific work package: Safety case relevance. This will enable key messages on repository design and any enable future R&D requirements to be developed without risk of a narrow focus. CAST will take into account information from relevant existing studies, including those carried out as part of CARBOWASTE and FORGE, in developing these key messages. For graphite waste management, a toolbox has been developed in CARBOWASTE.

The CAST project has been carried out in seven Work Package (WP)s. The following figure shows the information flow between WPs. Integration across work packages to avoid unnecessary duplicate work is the responsibility of each Work Package Leader and all of the information uploaded on this website is reviewed and approved by WP1. In addition, WP1 also facilitates the review of key deliverables by the CaST Advisory Group. Knowledge generated in CAST is distributed via this website, training courses and workshops by WP7.

All of the WP were either led by, or closely involve, waste management organisations, ensuring that the needs of the end-users are met by the delivery of the project. In addition to this benefit, the project can be considered to be safely funded as the scope of the work is part of national R&D programmes, financed directly, or indirectly, by waste generators. The EC funding will act as an integration tool and an incentive for cooperation between countries, providing a platform for information exchange and cross examination of results. 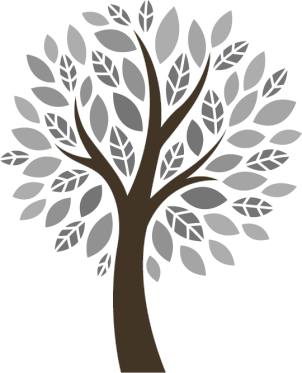